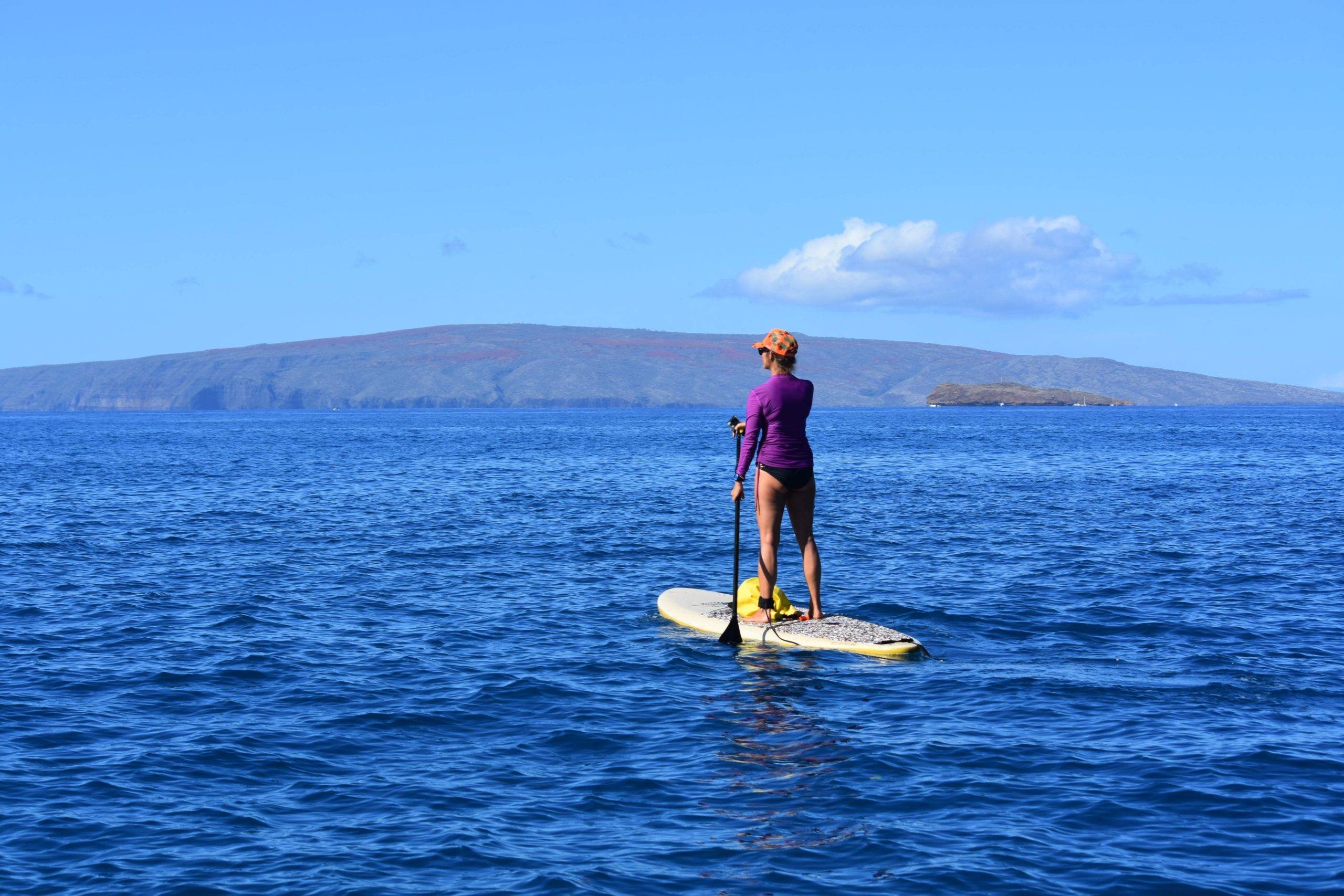 SUP (or stand up paddle boarding) has increased in popularity throughout the years. An active and fun aquatic adventure, you can enjoy the ocean in a unique way that’s different to anything you have ever experienced before.

Here at Paddle Maui, we have a wide range of SUP activities, including SUP lessons and a Whale Watch Stand Up Paddle Board Tour that you can enjoy throughout your holiday on this majestic island. You could also rent a SUP, heading out on your own to explore.

Anyhow, where did SUP come from? And what is its history? Legend has it that this exciting water sport began here on the island of Maui. However, the history of SUP runs a lot deeper than you might think – it wasn’t just a few Maui surfers exploring Makai or another part of the island.

In the early 2000’s the revival of SUP emerged when Laird Hamilton and Dave Kalama (two professional surfers) took to the waters. Demonstrating the beauty of the sport during a photoshoot, people began to become fascinated with its history – discovering that stand up paddling actually dates back thousands of years and has connections internationally, not just in the Hawaiian islands.

However, there has also been speculation that the first surfers to use this method were Peruvian, using the method over 2,000 years ago. Using a reed watercraft called a Caballito de Totora, they would head out to the ocean to fish. When used to the waves they would stand up on their ‘boards’ – beginning the tradition.

Unfortunately, although there have been records of these Peruvian fisherman, in Hawaii, there aren’t records dating back that far. Therefore, it’s always interesting to speculate the international influences of water sport – even though many believe it was Maui that created it.

We also see similar ‘boards’ in Italy that are used by the gondoliers of Venice. Known for navigating the waterways of the magical city, it showcases how the technique was used throughout the world. Although, of course, the gondola is very different to that of a SUP (it is more like a boat in the sense of transportation), the technique is quite similar and it shows how it was adapted to suit the Italian city.

There has also been ties to Israel’s ancient history, with some claiming that their equivalent, the ‘Hasake’ was used to paddle out through the waves to fish. Evolving to look like SUP, this Mediterranean counterpart echoes the design of its Hawaiian ancestor.

Can You Surf On A SUP?

To answer this question before getting into more of the SUP’s fascinating backstory, a SUP is technically a surfboard that you use alongside a paddle, therefore, technically, you can use it to surf the waves.

In the Hawaiian islands, the practice of standing up on a surfboard whilst using a paddle was used in the 1940’s to teach students to surf in Waikiki – bringing back the tradition of using the boards that was laid out by their ancestors.

But even though this technique was popular in the 40’s, the practice began to die out and surfing on the board became far more prevalent. Waikiki surfer Zapotocky and Oahu surfer ‘Pops’ Ah Choy did continue to use a paddle, however throughout the years.

The technique of standing on the board began to pick up traction again after the sport was catapulted into the Buffalo Big Board Contest in 2004 within the ‘Beach Boy Surfing’ division. After photos and videos were taken and posted online from the competition, the sport hit the mainstream once again. Becoming one of the fastest evolving and growing water sports in the world, it is beloved by surfers internationally.

In Maui, you will see paddle boarders along the shores every day. No matter what the time of day people are out there exploring the water in an extraordinary way. A staple of many vistor’s vacations, it makes for an incredible day out – whether it’s your first time enjoying the water sport or your 50th.

So if you are curious about what the water sport entails or perhaps you want to enjoy it for yourself, get in contact with us today and book your SUP tour, lesson or rental!

With so many picturesque waters to explore throughout our tropical Hawaiian island, you are guaranteed an unforgettable experience that you will want to enjoy again and again!