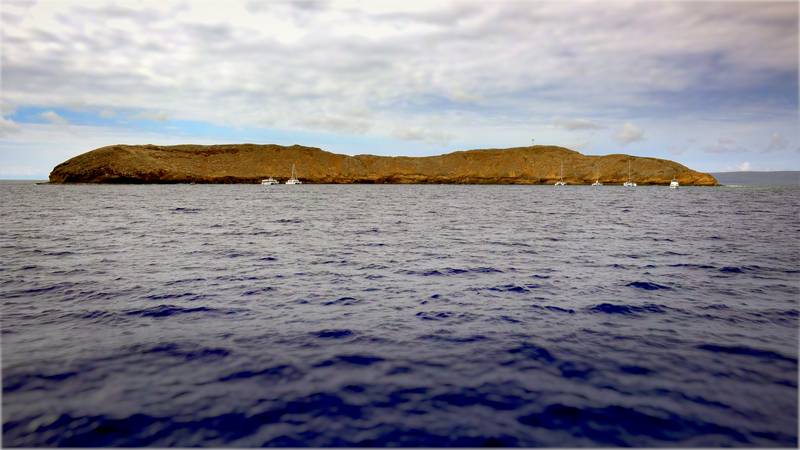 Honolua Bay is world renowned for superb snorkeling and surfing.

Part of the 45-acre Honolua-Mokule‘ia Bay Marine Life Conservation District, Honolua was recently saved from private and commercial development by Save Honolua Coalition, Hawaiian Islands Land Trust and Aha Moku Ka’anapali and is eventually slated to become an official state park of Hawaii.

The crater is only accessible by sea vessel 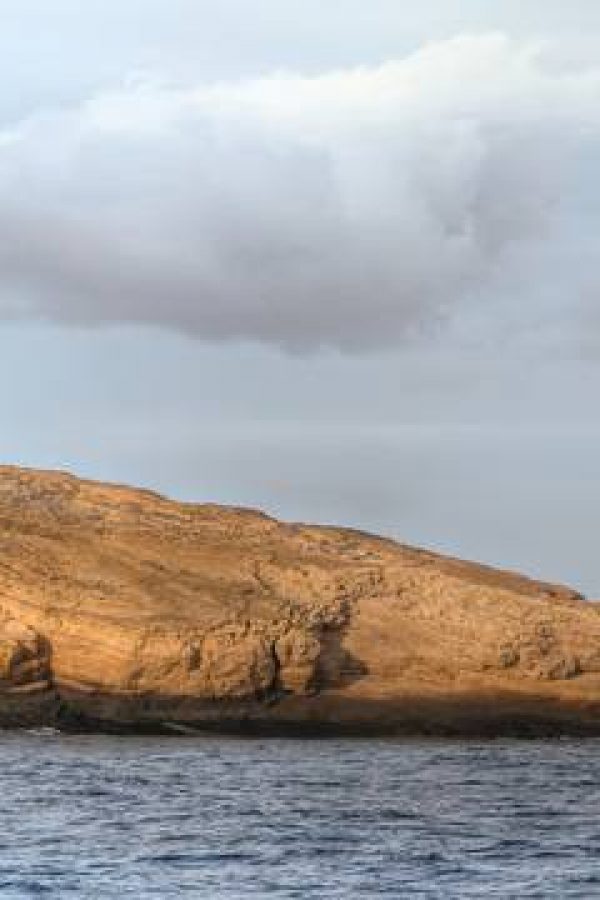 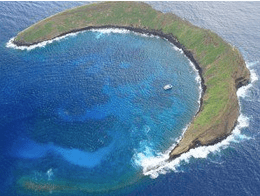 Trumpetfish (Nunu), White Spotted Pufferfish (‘O’opu-hue), Moray Eels (Puhi Paka) and Octopus (He’e Mauli). Larger visitors such as Manta Rays (Hahalua), Spotted Eagle Rays (Hihimanu), Reef Sharks and Hawaiian Spinner Dolphins (Nai’a) are also sometimes seen on the inside and back wall of the crater. Fishing, feeding or harming of any of the marine life in the area is forbidden.

During Maui’s whale season, which lasts from December 15 to April 15, you may also see humpback whales on your ride to and from Molokini Crater. Keep an eye out for the mist rising from their blowholes!

On the crater itself, two primary species of nesting birds exist as part of the Hawaii State Seabird Sanctuary, including the Wedge-Tailed Shearwater and Bulwers Petrels. Under the Sanctuary classification, people are no longer allowed on the crater itself unless invited as part of a specific research study. 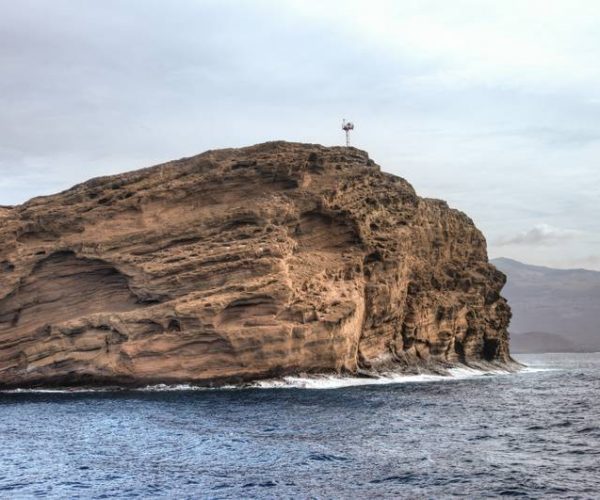 How to Get to Molokini Crater

Molokini is reached by 99% of visitors by boat. Unless you’re an experienced paddler or have done similar crossover training, we recommend taking one of the many excellent boat tours offered from South Kihei Boat Ramp, Maalaea Harbor or Lahaina Harbor. Tours typically include snorkeling, scuba diving, or SNUBA at Molokini Crater and breakfast or lunch.

For those looking to try something new and get their heart pumping, we recommend joining us for our Molokini Paddle Challenge in an outrigger canoe or kayak. While it’s definitely not the easiest way to reach the crater, we guarantee it’s an experience you’ll never forget.

Molokini Crater, based on data collected from potassium-argon dating, may actually be older than Maui’s Haleakala Volcano.

“The Elevator” is a spot along Molokini Crater’s back wall that offers guests the opportunity to ride approaching waves directly up and down without ever hitting the crater itself.

The back wall has also been named one of the Top 10 Diving Destinations in the World.

Approximately 400,000 people will visit Molokini Island in one year.

Approximately 50 species of plants grow on the crater itself, at least half of which are found nowhere else on Earth.

In order to prevent tour boats from damaging the area’s fragile reef system any further, day-use moorings were established in 1988.

When snorkeling or scuba diving at Molokini, you’ll notice that the marine species are much less afraid of humans than at most other snorkeling spots. A large number of visitors over the last couple of decades have made the fish much less sensitive to human proximity.

In ancient Hawaiian legend, Molokini Crater is said to be the tail of a beautiful lizard, whose body was cut in half during a jealous rage by Pele, Goddess of Fire and Volcanoes.